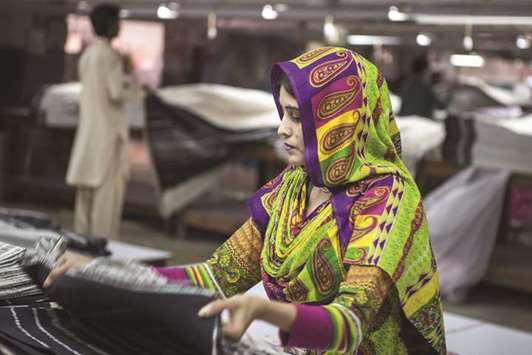 Pakistan’s exports to the 28-member European Union (EU) posted a growth of nearly 6% in January-September 2017 on a year-on-year basis. This shows that the Generalised System of Preferences-Plus (GSP+) scheme largely failed to boost exports to the EU. Total export proceeds to these countries amounted to €5.07bn during the period under review against €4.79bn a year ago, according to EU official data.

Latest figures show an upward movement compared to the similar period in the preceding calendar year. Annual growth recorded in January-September 2016 was just 3.5pc.
The GSP+ scheme became effective on January1, 2014 and will remain available for the next 10 years.

A product-wise analysis shows large variations. For example, exports of garments and hosiery witnessed a growth of 90.9% to €2.05bn during the period under review. The second biggest export category was home textiles, which grew 72.4% to €1.3bn. The share of these two products stood at 65% in January-September against 37.6% a year ago. The third biggest export category was cotton and intermediary goods of textiles, which increased 16.4% to €640.9mn.

Products that generated less than €40mn of export proceeds in January-September include plastics, minerals, machinery, carpets and cutlery. Exports of chemicals, articles of rubber and pharmaceuticals remained less than €10mn.

Country-wise data shows that the highest growth of 37.8% came from the UK as its imports from Pakistan surged to €1.02bn during the period under review. Exports to Germany were up 39% to €995.4mn. Both the UK and Germany have emerged as major export destinations for Pakistani goods under the GSP+ scheme.

The increase in exports to the UK is an encouraging factor. However, exporters fear they will lose the UK market following Brexit. London, however, has assured Islamabad of no change in the post-Brexit scenario.

The third biggest market for Pakistan’s exports is Spain. Exports to Spain went up 99.9% to €663.9mn. Spain was not the third biggest export destination until recently. It became Pakistan’s leading trading partner within the EU in the past couple of years owing to its extensive marketing strategy.

Export proceeds to the remaining 17 EU countries were far less than €60mn in terms of value. However, the increase in exports to all countries was in double digits in percentage terms.