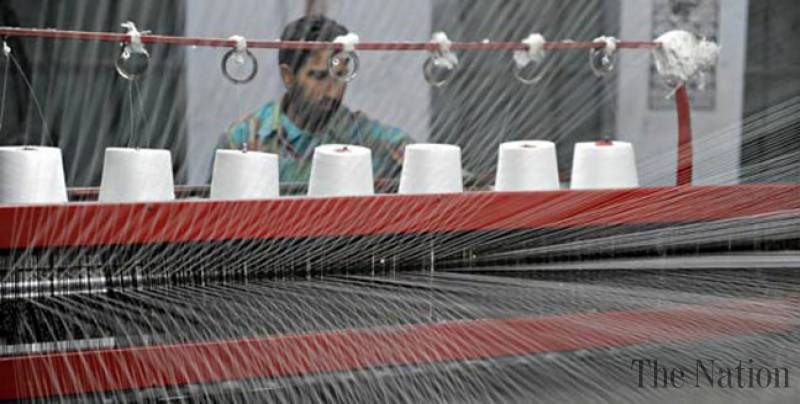 ISLAMABAD – Textile exports witnessed over 7 percent growth during seven months (July 2017 to January 2018) of the current fiscal year due to PM’s incentives package and rupee depreciation against the dollar.

The country exported textile and clothing products worth $7.7 billion during July-January period of the year 2017-18 as against $7.2 billion of the corresponding period of the previous year, according to the Pakistan Bureau of Statistics (PBS). Healthy growth in textile and clothing products exports enhanced the country’s overall exports to $13 billion during July-January of 2017-18 as compared to $11.7 billion of the corresponding period of the last year.

Trade analysts believed that textile exports increased due to the flow of cash under the PM’s incentives package, payment of sales tax refunds as well as depreciation of local currency. Meanwhile, the exporters had recently met Prime Minister Shahid Khaqan Abbasi and submitted number of proposals to enhance exports . PM assured the exporters that government will facilitate them in reducing the cost of doing business and early release of refund claims.

Sources said that government is preparing an incentives package to enhance the country’s exports on the directive of Prime Minister Shahid Khaqan Abbasi, which is likely to be announced within next couple of weeks. The government would likely to reduce the rates of electricity and gas for the industrial sectors. Similarly, the government would also repay tax refunds to the exporters, which is their long lasting demand, he added. However, the official said, the exporters would have to show 20-25 percent growth in their exports to avail the incentive package.

Meanwhile, the exports of food commodities recorded massive increase of 18.83 percent during July-January period of the ongoing financial year.

On the other hand, the imports went up by 18.79 percent and were recorded at $34.5 billion during first seven months of the current financial year as against $29.02 billion during the same period last year. The country spent $7.9 billion on the imports of petroleum group, 35.58 percent higher than a year ago. In the petroleum sector, the government imported petroleum products worth $4.45 billion and spent $2.2 billion on petroleum crude. Similarly, the country imported liquefied natural gas (LNG) worth $1.23 billion and liquefied petroleum gas (LPG) worth $190 million.

The PBS data showed that country had spent $6.68 billion on importing machinery during first seven months of the ongoing financial year. The third biggest component was food commodities whose imports rose 9.77 percent year-on-year to $3.78 billion.