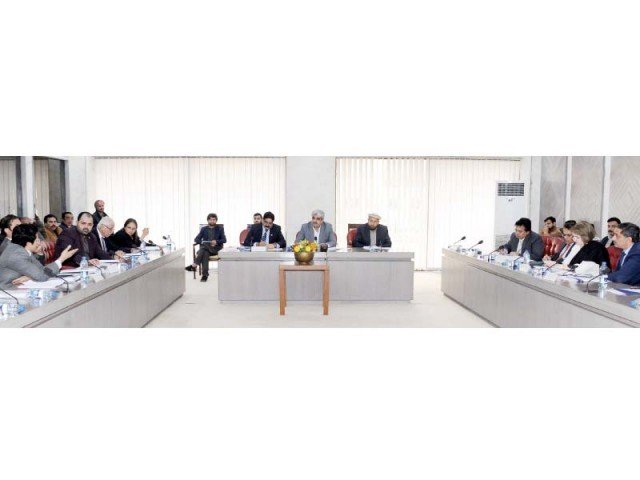 Speaking at the National Assembly Standing Committee on Finance and Revenue on Tuesday, he said that in the wake of the coronavirus, international buyers were hesitating to travel to China and were turning towards Pakistan in hopes of fetching orders from the textile sector.

“However, this opportunity could be lost because without liquidity, industrialists will not be able to secure additional orders,” he lamented.

The committee meeting was chaired by MNA Faizullah.

Speaking on the occasion, Federal Board of Revenue (FBR) acting chairperson Nousheen Javed Amjad informed the meeting that the board was actively engaged in ensuring timely disbursement of all refunds.

“However, a major portion of refund claims got rejected due to fake claims or due to wrongly filed returns,” she pointed out. “The refund system is running completely on an automated mechanism, hence it does not accept the claims containing flaws or technical faults.”

“However, the present government has reversed the decision which is adversely affecting the business community,” he said.

He further demanded the FBR to ensure payment of all refunds within 72 hours as promised by Prime Minister Imran Khan.

He requested the government to immediately withdraw the condition of Computerised National Identity Card (CNIC) on businesses besides proposing the FBR to stop tax evasion in the manufacturing sector. Azam warned that if the government failed to fulfil the demand, businessmen would go on a strike. Speaking on the occasion, FBR member policy Dr Hamid Atiq Sarwar highlighted that during the current fiscal year, FBR had so far disbursed refunds worth Rs62 billion to the export-oriented sector.

He highlighted that people made mistakes while claiming refunds which resulted in rejection by the automated system.

Responding to the FCCI president, Dr Hamid said that the CNIC condition was introduced on demand of the business community and now it was requesting for its withdrawal. “Traders and retailers occupy a major share in the country’s GDP by contributing Rs8 trillion or 18% while they pay only Rs16 billion in taxes per year,” he said.

Besides, he stressed that zero rated status existed nowhere in the world and Pakistan was the only country that had the concept of no tax and no refund for the export sector.

He emphasised that in order to create fiscal space for the country, the government was committed to documenting the economy and therefore the CNIC condition for businessmen could not be withdrawn. The committee directed the FBR to expedite payment of tax refunds to the export-oriented industrial sector in addition to resolving all demands of the business community.

Committee Chairman Faizullah asked the FCCI president to postpone their strike call as the committee had already directed FBR to resolve the issues by February 12.

“The prime minister is eager to enhance exports of the country, however, the concerned officials are not taking interest in this regard”, he added.